Todd Huttunen began appraising more than 20 years ago with a few years off in between to pursue a career in cabinet making. He relegated that to hobby status and is currently an appraiser in an assessor’s office. His best friend dubbed him The Hall Monitor because of his rigidity and respect for rules. He offers Soapbox readers tongue-in-groove insight on appraisal issues. Today he pays homage to the midwest, where all the assessors are above-average. …Jonathan Miller 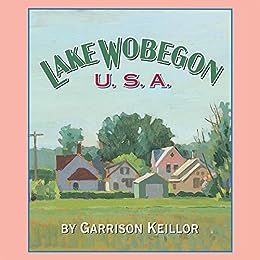 I’ve never been to Minneapolis, Minnesota and most of what I know about it came from listening to the dulcet tones of Garrison Keillor and his public radio production, “A Prairie Home Companion [1]“. Personally, I think he’s hilarious (it’s a Scandinavian thing – my forebears came from Finland).

What brings me to Minnesota today, specifically Minneapolis, is the internet and how it has changed and will continue to change the nature of the appraisal profession. In the interest of full disclosure, I am NOT a computer guy. I can’t even insert the hyper-links to the websites referenced in this post without Jonathan Miller [2]‘s help. But lately I’ve started to fool around with stuff like Google Earth [3] and Spatial Comps [4] and other GIS related programs.

Those of you who are closer to the technological cutting edge than I (which should be most everyone under my age of 50 and quite a few who are older), already know what the impact of the internet has been. But just in case any of you are still underneath the giant rock I just crawled out from under, allow me to share my wonder at some of what I found in the on-line world of 2007.

I went to the website for the City of Minneapolis [5] to see what I could find out about the city, specifically with regard to real estate value trends, recent sales, etc. To my utter amazement, the information that was readily available, and free, was voluminous. From a list of the various neighborhoods in the city I chose, at random, to search “Kenwood” and immediately saw displayed seventeen sales. Five of these were on the same street, Oliver Avenue. In case you’re looking for a house on Oliver Avenue, please note:

In minutes I had not only the sale dates and sale prices, but also lot sizes, year built, gross living area and the number of bedrooms and bathrooms for each house. In addition, I found the assessed values going back as far as 1988, as well as taxes, both current and historical. Another mouse click gave me the building permit history for each property.

BTW, the sale at 2410 Oliver appears to have been a teardown since a demo permit was taken a month after closing. That lot, nearly one third of an acre, happens to be twice the size of the others so perhaps it had subdivision potential. I didn’t spend any time researching zoning maps and ordinances, but they were available, had I been so inclined.

The coolest thing they have is the GIS link which gives you the aerial photograph zoom in to see a close-up of the “roof print”, zoom out for a wider perspective of the surrounding area – not to mention the additional “map layers” with lot dimensions and other useful stuff. Even if most municipalities in the country don’t have what Minneapolis has on line (Peoria didn’t, and that was the only other one I checked) you can still use Google Earth to get that “overview”.

My initial reaction to what I found in the assessment records for Minneapolis was jealousy. Because I work in an assessor’s office in Westchester County, NY and the practice of assessment in most of Westchester is still in the Stone Age by comparison. What a joy it must be to do appraisals in Minneapolis, where you can get such detailed information without even picking up the phone.

It’s really not fair when you think about it. Out there in the Midwest, where everybody’s so polite and helpful they’d be happy to give you anything you need if you called, you can get everything you need on-line. Here in New York, where there’s almost nothing available on-line, you’re at the mercy of someone at the other end of the phone. You’d better hope the person who answers the phone is from the Midwest.