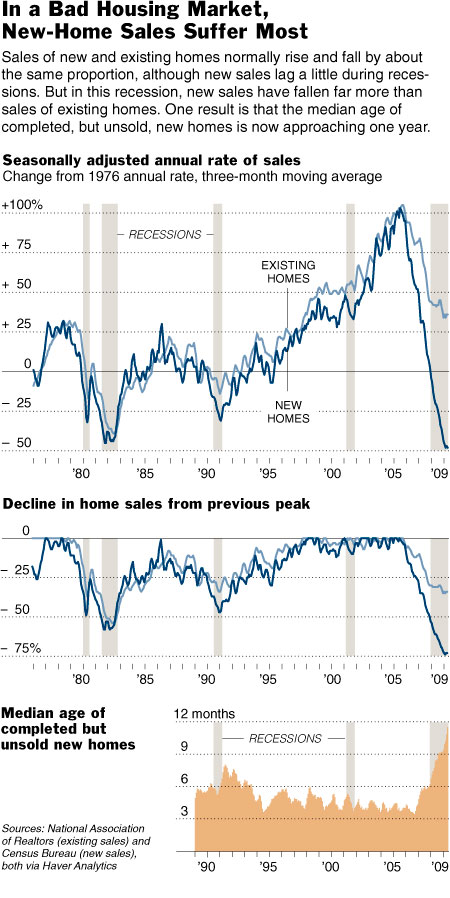 The pattern difference between new and existing home sales are very different in this recession than those in prior years. The difference can be observed in price trends versus sales trends.

“Foreclosed homes are the supply that has to be worked off,” said Robert Barbera, the chief economist of ITG, an investment advisory firm. He said the problem had worsened in recent months after the end of the foreclosure moratorium adopted by many lenders while they waited to see what the Obama administration would propose.

Of the 135,000 completed but unsold new homes at the end of May, nearly half had been sitting for a year or more. The median age of such homes was 11.5 months, an unprecedented figure.

It may be that builders will have to cut prices even more to sell some houses — houses that, in retrospect, probably should never have been built at all.

This time its different
Existing home sales have been quicker to adapt to changing market conditons, while new home sales have not. In the current market, developers are hampered by the very lenders than enabled them to build in the first place because of the drastic change in the credit environment. Balance sheet issues with lenders are making them less nimble.

It would seem that developers do not have indefinite staying power for stalled projects.

It is going to get interesting.