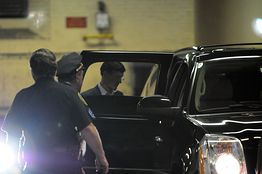 Well another Friday came and went and more weekend meltdowns were on the agenda. This time it was Lehman Brothers [1], the second big investment bank to experience trouble. I have friends at Lehman and they have been scared to lose their jobs for months, and yet they had nothing to do with mortgages. I know a couple with a large exposure in Lehman stock and have been paralyzed to take action to move out of the position for the past year. The time came and went, unfortunately. No bailout this time. [2]

During the mortgage hay days, Lehman did a lot of new development deals. They occasionally brought us in for a “reality” consult after reviewing appraisals already done for new deals. We weren’t asked to do any project appraisals, only “reality check” on the price point and local absorption. I suspect they were “arbitraging” the relationship between reality and what needed to be done to make the deal. Smart people too.

When you think about the scope of the mortgage problem that continues to unfold, its pretty scary and likely has quite a way to go. It says a lot about how ridiculous the talk of “bottoms” and “temporary” conditions really are [3]. I mean, the idea that housing is going to be fine in less than a year is completely insane given the damage that remains to be discovered.

I tried to think of the big players in the mortgage market of the past five years:

Countrywide: bought at a discount by BofA (for their technology/servicing)
WaMu: Under legal pressure, removed CEO, stock price fell to the floor, rumors of buyout
Bear Stearns: Big subprime player. Gone for nearly nothing by JPMorgan Chase
Lehman Brothers: Big mortgage player. Lots of development financing. Nearly gone
Merrill Lynch: Just bought by BofA
Barclay’s: Took their licks in write downs and were too undercapitalized to take over Lehman.
Fannie, Freddie: The housing bill placed nearly all it’s faith in Frannie and now the former CEO’s are eligible for $24M in parachutes [4]. A potential for $200B in losses.

Up until now, the billions in mortgage losses [5] were just numbers to me. But now, the numbers are more in context because they have brought down some of the biggest, most profitable financial firms out there.

All because of idiotic lending practices.

Old school leadership at these entities were no match for fast changing mortgage products without meaningful regulatory oversight.

Well, of course it wasn’t worth it.